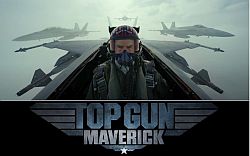 A large part of me wondered just how good this movie would be. 30 years after the original? A movie that was the epitome of bombastic 80s action films? And yet I was enthralled the entire time. It's been extremely rare the last couple of decades for me to finish a movie and immediately want to watch it again. The story was simple but important enough to be effective. But it really all came down to the action and it was, in a word, awesome. Literal edge-of-your-seat type stuff that never let up from start to finish. I don't know if they're going to be able to make another sequel but I'm all on board of they do. And then a couple of weeks later I saw Kenny Loggins in concert and when he sang Danger Zone it was amazing and brought back the movie again. This is a definite must-see in theaters. Maybe more than once.